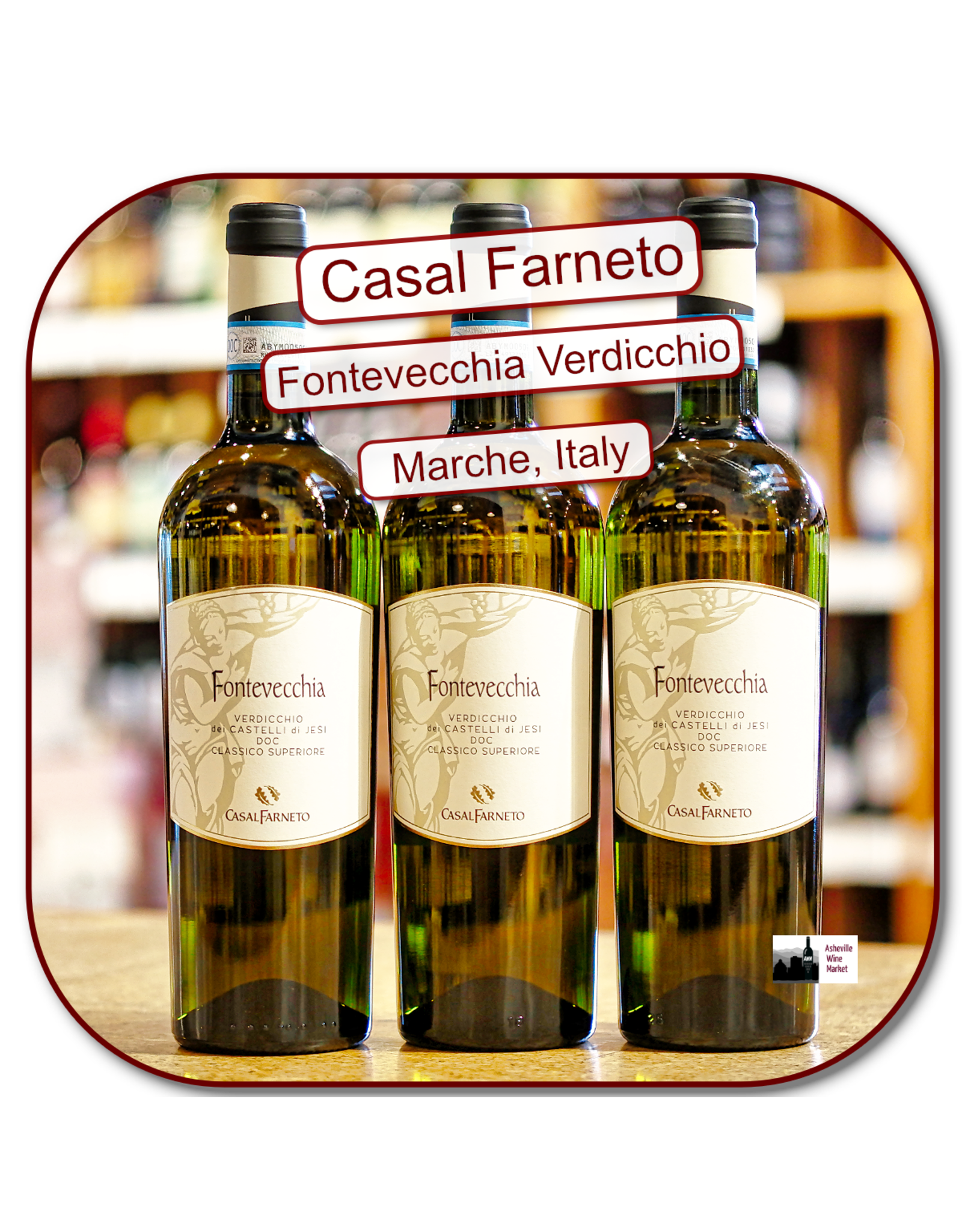 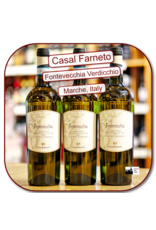 The history of winemaking along the Adriatic Coast in Italy's Marche region predates even Roman times. For over six hundred years, Verdicchio has been cultivated in the Marche, and it's the star of the Marche's most important DOC -- Verdicchio dei Castelli di Jesi.

CasalFarneto is a top producer in the Verdicchio dei Castelli di Jesi DOC, and their winery is located 30 kilometers from the Adriatic Coast in the village of Serra dè Conti. The winery was founded in the early 1990s by four local winemakers and immediately became a benchmark for Verdicchio production in the region.

Give this a few more minutes to warm in your glass, and you'll be rewarded with aromas of almond flowers, marzipan, citrus zest, and white flowers. As it gently warms in your glass, the palate picks up a nice roundness that perfectly balances the verve and minerality. There's a nice blend of citrus and almond on the palate that reaches nicely past the finish. Pair this one with seafood, poultry, and it has enough body for lighter pork dishes.