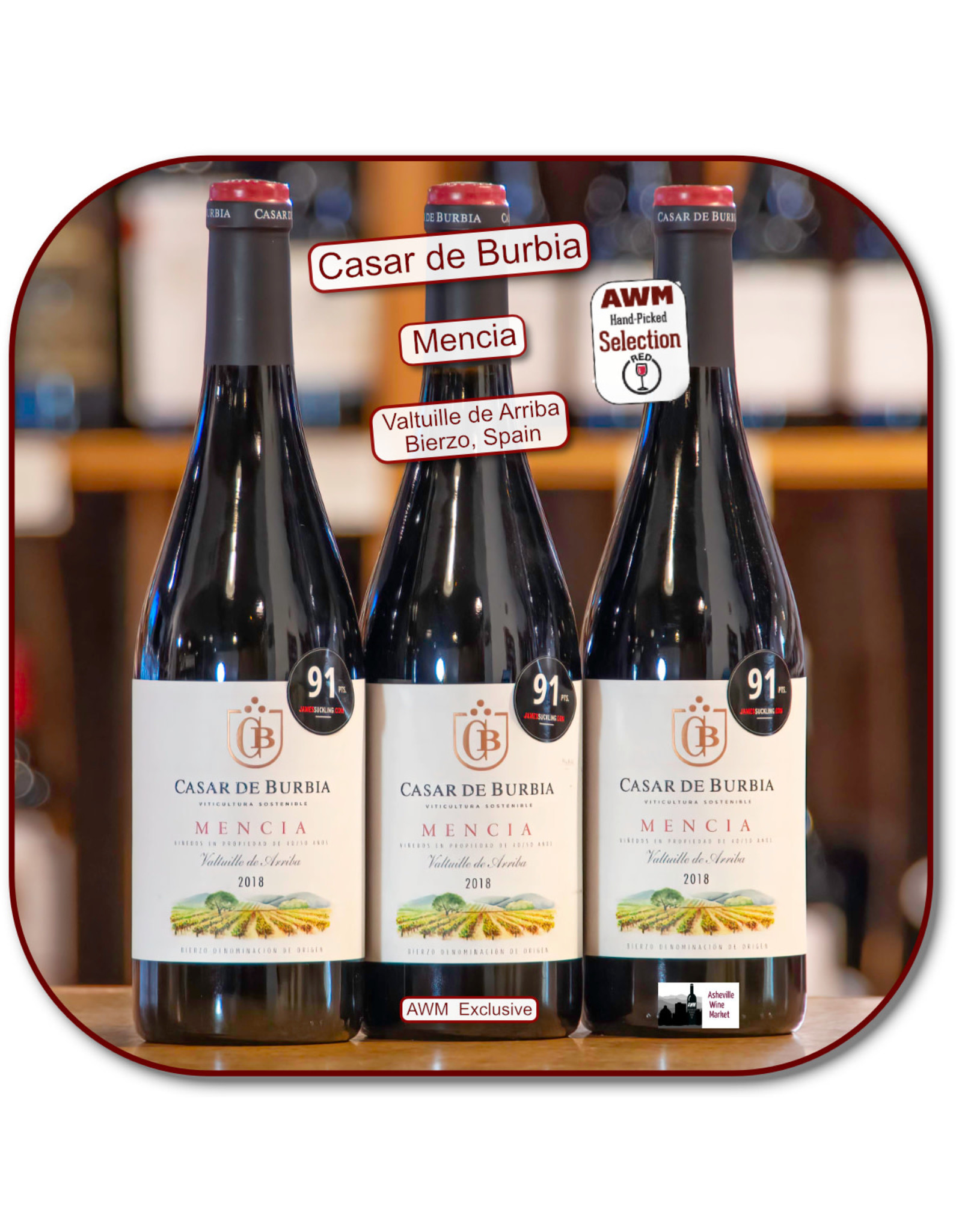 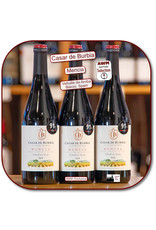 During my last buying trip to Spain with my late friend Craig Baker, I had the pleasure of meeting and tasting with Isidro Fernandez, one of the top Mencia producers in the country. Isidro and his family have been growing grapes on their steep mountain-side vineyards for generations, and their Mencia is among the best I've tasted.

Mencia --pronounced "Men-thee-ah-- yields high-quality red wines with gorgeous floral and red fruit notes. If you've never heard of Menca before, that's because its native range is limited to the Iberian peninsula, particularly Spain and, to a lesser degree, Portugal.

A distinguishing characteristic of Mencia is its ability to mature beautifully in barrel and bottle, much like Pinot Noir and Cabernet France. It has a remarkably aromatic profile right out of the bottle, and with a brief decanting, aromas of red fruit practically leap from the glass.

Casar de Burbia is a small estate run by the Fernández Bello family. It has 52 acres of Menca and Godello plantings, most of which are over 60 years old and the oldest over 100 years old.

Since 1989, the family has been buying and renovating dozens of small, neglected parcels to make a single contiguous property on the south-facing slopes of Valtuille de Arriba in the heart of Bierzo Alto -- the historic Camino de Santiago crosses the property.

The estate's vineyards feature some of the region's most mineral-laden soils, mainly slate and ferrous clay, making the perfect exposure and good drainage of the steep hillsides even better. Low-yielding vines in these soils produce wines with terrific minerality and fresh, concentrated fruit.

An incredible amount of detail goes into the estate's winemaking program. Current owner and winemaker Isidro Fernández uses altitude, slope, exposure, and soil types to divide the 52 separate vineyard parcels into three groups. Each of these groups is picked, fermented, and aged separately. After malolactic fermentation in barriques, initial aging is done primarily in American oak, with the amount of French oak increasing as the wine ages.

In your glass, this medium-bodied red is brimming with aromas of earthy red berry and plum on the nose. The dense and generous palate features dark cherry and black raspberry through to the finish, with hints of red licorice, vanilla, and spice lingering nicely. Think super-charged Pinot Noir meets soft and generous Cabernet Franc, and you're on the right track.

Casar de Burbia is an immensely versatile red that will pair like a dream with a multitude of cuisine. Hammond and I adore this red with duck and game birds; however, there's plenty of structure to stand up to stews and braises.