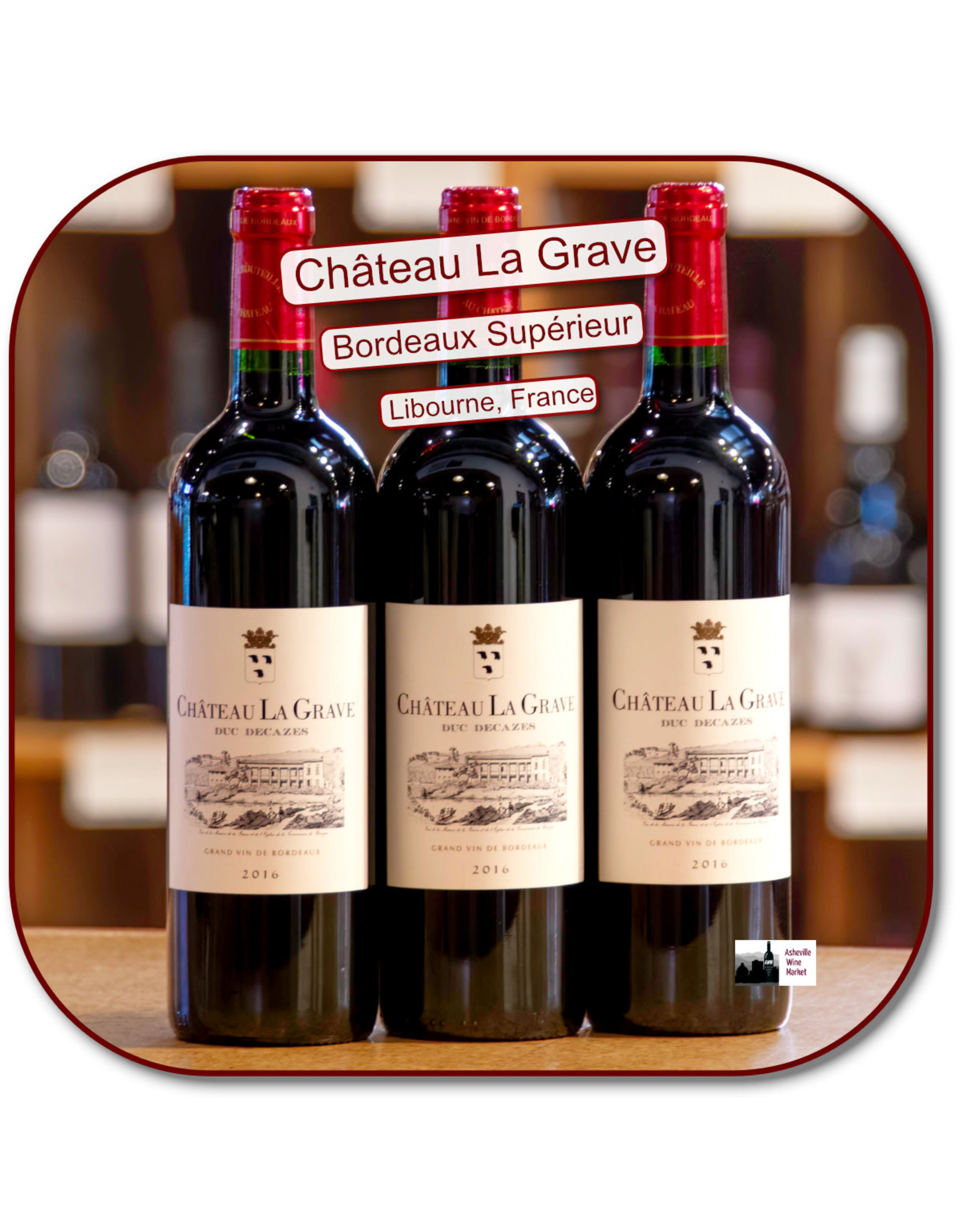 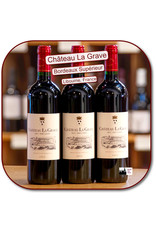 Château La Grave is located in Libourne, a charming village in the South West of France that's an easy day trip from Bordeaux. This quaint fortified harbor town at the confluence of the Dordogne and Isle rivers offers a genuinely French experience away from the crowds that swarm Bordeaux. Libourne is truly a hidden gem for wine lovers, and the best part is that the AOC Bordeaux Supérieur wines from this area are a bargain!

The Bordeaux AOC wines are a great starting point for red wine lovers and offer terrific entry-level representations of the region's wines.; however, Bordeaux Supérieur is a significant step up in quality. Bordeaux Supérieur wines are produced from older vine holdings with regulated planting density, resulting in higher-quality fruit. As the name implies, the Bordeaux Supérieur designation requires more attention to detail in farming and winemaking.

The Decazes family has owned Château La Grave since the 18th century, and the first Duke of Decazes and was notably one of King Louis XVIII's preferred ministers. The estate features 8 hectares of perfectly exposed hillsides surrounding a gorgeous neo-Gothic castle.

The vineyard work, harvest, and vinification at Château La Grave are all done using traditional methods while utilizing modern equipment. Bottling occurs only after 20 months of careful maturation in barrel and bottle.

Château La Grave's Bordeaux Supérieur balances the suppleness of Merlot (85%) with the rich backbone of Cabernet Franc (15%). This Cuvée is particularly emblematic of Libournais wines, presenting a velvety purple hue in the glass that leads to a vibrant nose of earthy red fruits. On the palate, you'll find this to be a very generous expression of Bordeaux, wonderfully expressive thanks to the bottle complexity developed during the additional cellaring.

Pair this perfectly-aged gem with chops, steaks, and savory stews; however, its incredibly generous fruit and super soft tannins make it completely enjoyable just on its own.