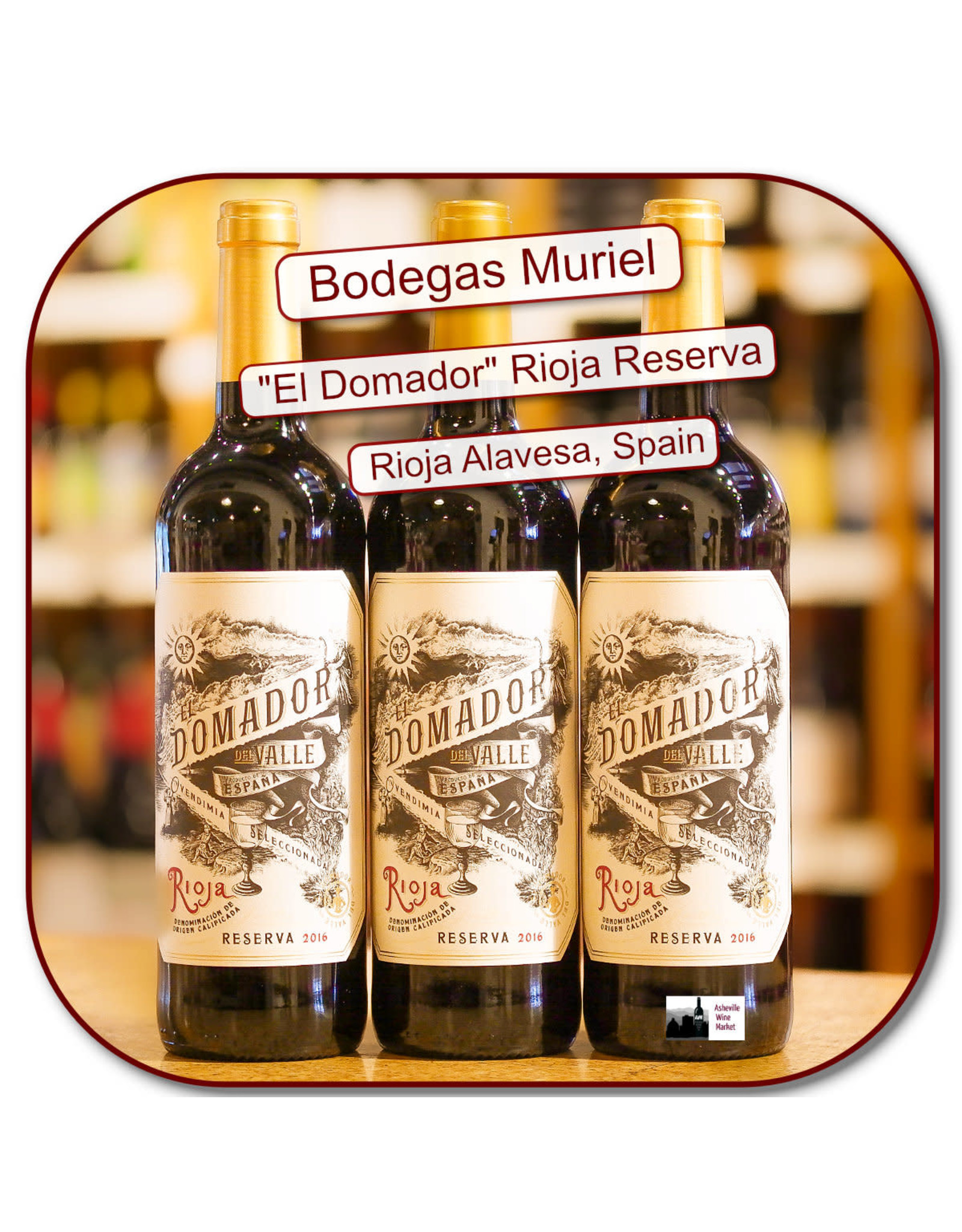 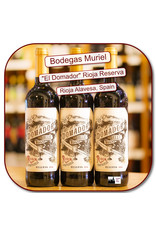 El Domador Rioja Reserva is a private label project initially created for Sainsbury's, an up-scale grocery market in Great Britain. The project was designed to present Sainsbury's customers with a high-quality, best-buy alternative to some of the big names in Rioja. While that alone isn't particularly intriguing, it gets interesting rather quickly when you discover that this best-buy Reserva was indeed produced by one of Rioja's highly-respected "big names!"

Like many of the top Rioja houses, Bodegas Muriel started from very humble beginnings. In 1926, José Murúa established the winery, naming it with an elision of their last name with Elciego, their home village. For the next fifty years, they grew grapes and sold off their wines in bulk to some of the most famous names in Rioja.

Along with the winery, you'll find Bodegas Muriel's best vineyards in Elciego, a sub-region long considered one of the best in Rioja. El Domador is produced with grapes harvested from forty-year-old vines in Elciego on the northern bank of the Ebro River. Here, the classicly poor calcareous, clay, and loamy soil is perfect for Tempranillo, and hand-harvesting ensures top quality.

Following the family's signature respect for tradition, there's minimal intervention at the winery, and fermentation is in stainless tanks to preserve optimal freshness. After fermentation, the wine is aged for thirty months in 225-liter barrels, split equally between French and American oak. The wine ages for an additional six months to a year in bottle before release.

In your glass, you'll recognize right away that the El Domador is an elegant and nuanced expression of Tempranillo. On the nose, savory notes of red raspberry, plum, and baking spice lead to a fresh and lifted palate of earth red fruits. Secondary notes include hints of dusty cocoa, light-roasted coffee, vanilla, and brown spice.

This gorgeous Rioja Reserva will pair like a dream with lamb and beef, and the fresh, lifted style will also do nicely with pork, chops from the grill, and game birds.