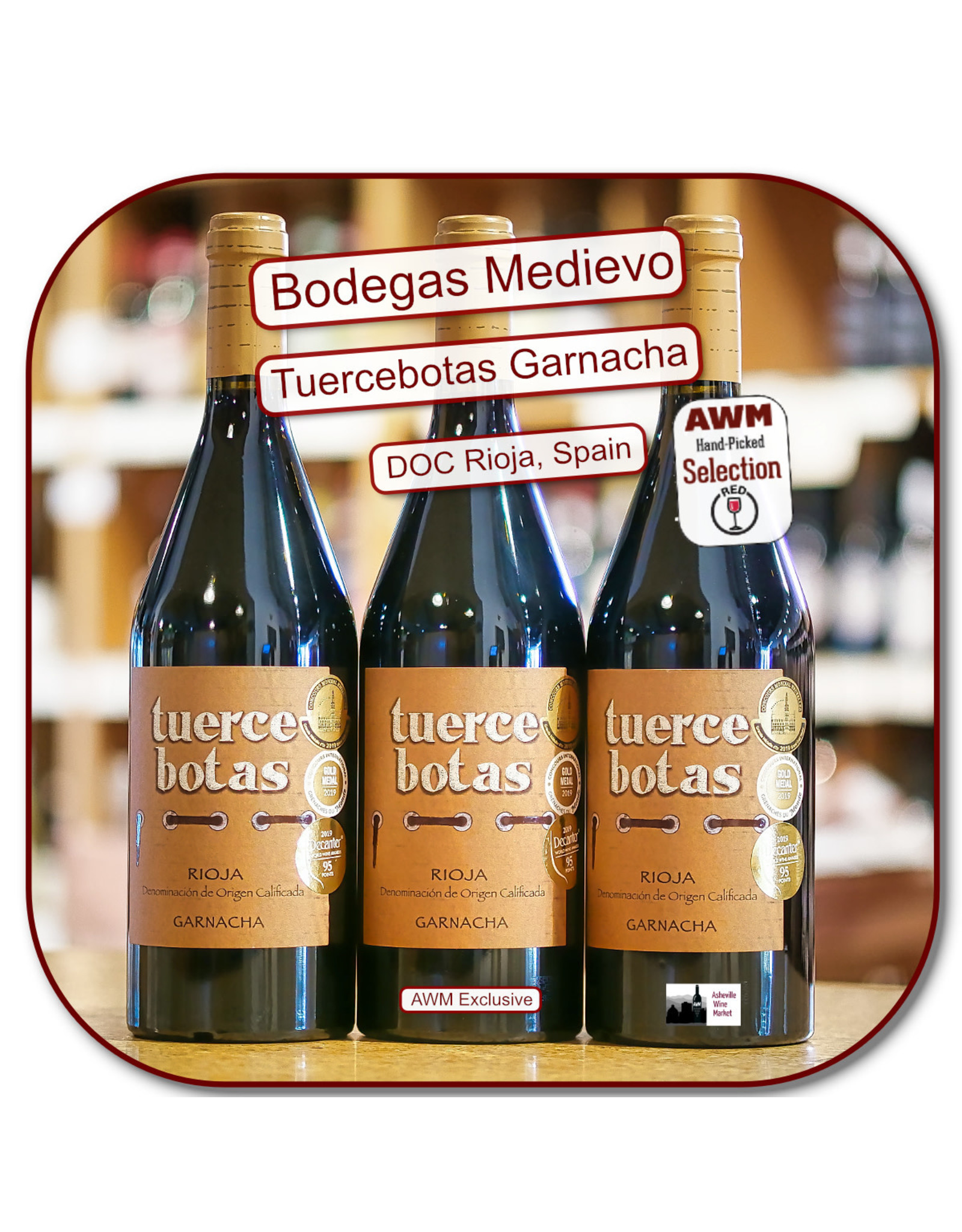 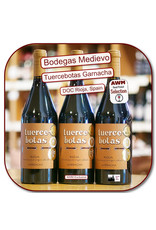 There's no question that Tempranillo rules the roost in Rioja. So much so that many folks will refer to the region's wines interchangeably as Rioja or Tempranillo. With that in mind, I had to chuckle when I finally caught on to the inside joke the estate makes with the name of this Garnacha. It's true; in Rioja, Garnacha really is a nobody.

Bodegas Medievo was formed in 2001 by four venerable wine-growing families. These four families have deep roots in Rioja, each drawing on generations of know-how and tradition. This extraordinary alliance and abundance of pooled resources enabled the estate to acquire over 200 hectares of prime Rioja vineyard real estate.

The estate's winery and cellars are located in the village of Aldeanueva de Ebro, just south of Logroño, in the Rioja Baja. The vineyards occupy some of the highest elevations in Rioja Baja, featuring a warmer Mediterranean-style climate.

Of course, Bodegas Medievo produces some outstanding world-class Tempranillo-based Rioja; however, I'm equally impressed by their desire to champion some of the lesser-known grapes of Rioja. Along with this stunning Garnacha, their Tuercebotas label features Graciano and the very rare Tempranillo Blanco.

The vineyards at Bodegas Medievo are located in the foothills of the Sierra de Yerga, a higher altitude sub-region of Rioja Oriental. The weather here transitions seasonally between continental and Mediterranean climates allowing the grapes to fully develop and ripen perfectly. The Continental influence results in cool, dry winters with frequent but never extreme frosts. Summers are typically Mediterranean --hot and dry with sparse rainfall.

The Tuercebotas Garnacha is sourced from the La Plana vineyard, one of the oldest known plantings of Garnacha in Rioja. The clay-calcareous soil here is severely lacking in organic matter, making the vines struggle for nutrients. Along with the very low annual rainfall and the high vineyard altitude, it all adds up to perfect conditions for world-class Garnacha.

Tuercebotas is a personal project of Bodegas Medeievo winemaker Santiago Garde, intended to restore Garnacha to a place of prominence in Rioja. Years ago, it was the region's signature grape, and due primarily to overcropping, Tempranillo replaced Garnacha to become the region's most widely planted grape.

For the Tuercebotas Garnacha, Santiago has chosen fruit from the estate's 40 to 100-year-old vines in the Las Planas vineyards. After fermentation, the wine is aged for 12 months in a combination of new and used French oak barrels and aged for an additional 12 months in bottle before release.

So how is this rare and dignified solo Garnacha in the glass? If only one word had to describe it, I would have to say magnificent!

In your glass, you'll find this Garnacha to be an exercise in elegance and balance. On the nose, you'll find gorgeous aromas of earthy and leathery cherry, strawberry, red licorice, violet, and just a hint of campfire. The pillow-soft palate is all about earthy red fruit and savory notes of cocoa and spice.

The freshness and lift of this 100% Garnacha Rioja make it remarkably versatile for food pairings. It would be glorious with lamb loin chops, fillet of beef, pork tenderloin, and duck. It's also a wine that's drinking at its absolute peak, so don't let it hang around your cellar too long. Enjoy now and through 2022.