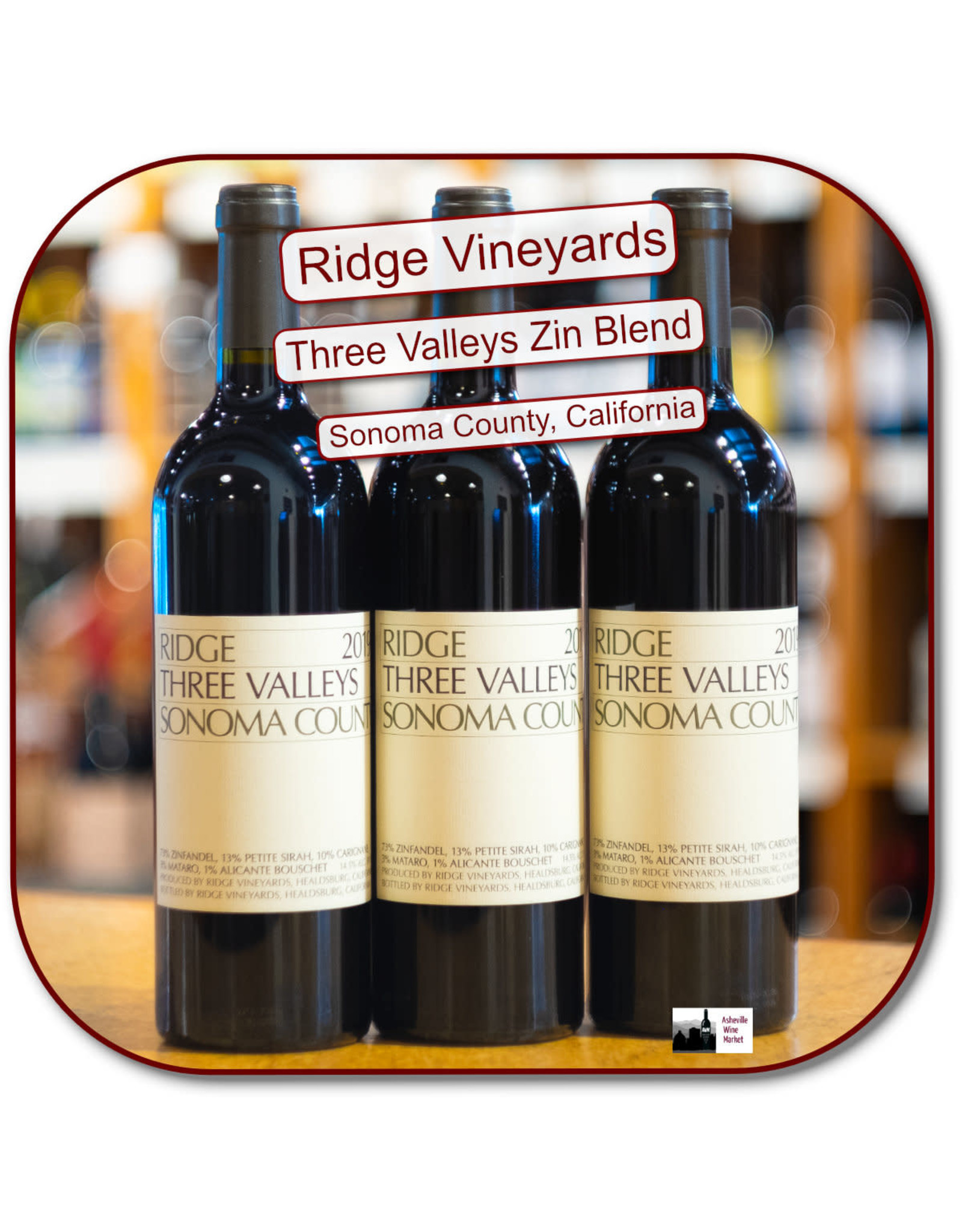 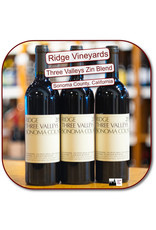 California's Napa Valley, Sonoma Valley, and Santa Cruz Mountains are regarded as some of the world's most famous wine real estate. Franciscan missionaries planted the first vines here in the late 1780s. Viticulture and winemaking continued to flourish, eventually reaching a high point during the gold rush of the early 1850s. Subsequently, the invasion of phylloxera and the thirteen years of prohibition brought California winemaking to a grinding, albeit temporary, halt.

Although there was a gradual post-prohibition rebuilding, the true California winemaking Renaissance began in 1969. It positively exploded in 1979 when the Judgment of Paris" wine competition introduced the world to Califonia wine. During that competition, the panel of French judges chose a white and red from California over French wines in the flights, and the rest, as they say, is history.

The history of the Ridge Winery dates back to the late 1800s; however, it gets interesting starting in 1969 when California wine legend Paul Draper joined the property. Draper was one of the first Americans to understand the French concept of terroir -- the notion that all the elements of winemaking, including the soil, climate, and surrounding vegetation, all play a part in a wine's character. Armed with this understanding of terrior, he was the first winemaker in California to match grape varietals with specific vineyard sites.

Although I'm generally known as a Francophile, I've always been a big fan of Ridge, especially their Zinfandel. From their storied history, unparalleled integrity in both vineyards and winery, and their fight for transparency in wine ingredient labeling, there's a lot to love about Ridge.

The Three Valleys is a superb introduction to the Ridge wines and is one of the few bottlings from the winey that I feel doesn't require cellar time before enjoyment. The grapes are sourced from five different vineyards in the Alexander Valley, Dry Creek Valley, and Russian River Valley. The oldest vines in the blend are between 80 and 100 years old, and the remaining are between 20 and 45 years. Over the decades, the blend hasn't varied much and remains at 73% Zinfandel, 13% Petite Sirah, 10% Carignane, 3% Mataro, and 1% Alicante Bouschet.

Three Valleys consistently garners attention from the winepress, and the 2019 vintage is no exception.

92 Points Jeb Dunnuck
Checking in as a blend of 73% Zinfandel, 13% Petite Sirah, 10% Carignan, and the rest Mataro and Alicante Bouschet, the 2019 Three Valleys has a juicy blackberry, mulberry, orange blossom, violet, and flowery incense-driven bouquet. This gives way to a medium-bodied wine with a soft, elegant texture, sweet tannins, and just an undeniably delicious, gulpable, balanced style that's impossible to resist. It's well worth seeking out and ideal for enjoying over the coming 5-7 years.

90 Points Wine Enthusiast
This full-bodied blend of traditional California grape varieties fills out its structure nicely with ripe blackberry and black-pepper flavors. Based on Zinfandel, it's a robust wine that will make a great pairing with grilled meats and the like.